THE MINUTES OF THE MEETING OF OBINWANNEM ALA ENUGU, HELD ON THE 25TH TO 26TH OF JULY,2021 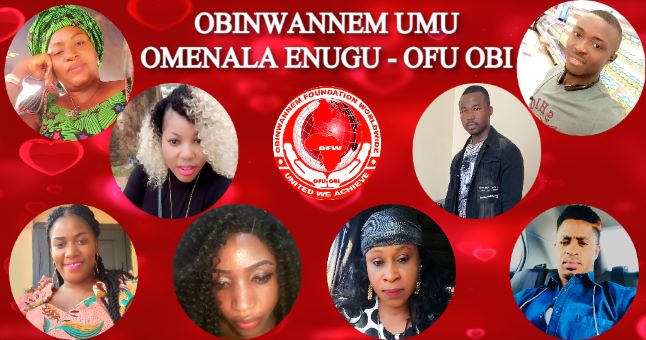 MEMBERS PRESENT IN THE MEETING

The meeting started by 7pm biafran time, after an opening remark by Nwachineke Chidera.

Nwachineke Adindu pasted the meeting agendas on the platform and asked
everyone online to answer present by raising their hands.

Nwachineke Chidera Ogbodo said that the meeting agendas will be treated one after the other. He gave an instruction that no one should talk more than two minutes.

Did You Agree With The Constitution Guiding Obinwannem?

Nwachineke Chidera Ogbodo asked the members that whomever that agreed with the Constitution of Obinwannem should say yes or no if disagreed.

Nwachineke Adindu pasted Obinwannem constitution on the platform so as to be read by the members and to make ther choice. But
Every body presents in the meeting said YES to the constitution after reading it showing that all have agreed to abide by the rules and regulations guiding Obinwannem Enugu State.

Nwachineke, Chidera Ogbodo said thanks to everyone for saying YES to our constitution. He encouraged us to abide strongly by the rules as we all agreed so that it will lead us towards achieving our aims.

THE 2ND AGENDA OF THE MEETING

If You Have Not Registered Please, Try And Do So.

Nwachineke Chidera Ogbodo on the second agenda asked the members to write Yes if registered or No if not registered.

Nwachineke Adindu Chiemezie urged the members to write their names first before answering Yes or No as it will be of a great help to the secretary while compiling it.

Nwa Chineke, Orjichukw Abumchukwu greeted everyone especially those that wrote the constitution. He said that there is something he would want everyone to understand in our constitution pasted and that is the point which says that it is only the admins that are allowed to welcome any new member. He said that he observed that many people, both admins and non admins welcomed back our brother Chukwuebuka, and he wants to know whether those non admin members that welcomed him have failed to the constitution or not.
Again, He said that for a constitution to be a complete one, it supposed to carry benefits in it’s fullest about the death, and marriage.

To support what Chidera said, Nwachineke, Adindu Chiemezie told the new member that the constitution pasted was not Obinwannem foundation constitution but a kind of constitution that will guide our group to be standard because without that, all kinds of messages, pictures and videos will be sending here.

Nwa chineke, Ugwu Okechuwkwu (The C.E.O Obinwannem) greeted everyone as things are going smoothly. He said that for the new member ( Orjichukw) to ask those questions above shows that he is intelligent enough and those questions are really necessary. Our C.E.O told him that we have benefit right but can only guide one when fully registered with #40,000.

He also made it clear that asking the members to register does not mean that the members will be removed if not registered but that’s the last grace because the registration fees might increase as we have started running our projects and new people who did not begin with us will like to join.

Coming to the second question asked by Nwachineke Orjichukw, Our C.E.O , Ugwu Okechuwkwu told him that it is only the admins that will welcome a new member because we have 20 executives, 10 from men and 10 from the women. He told the new member that we did it in a matured way so that it will not be crowdy then, on the meeting day, everybody will say welcome to the new member and it will be record.
He also said that the Obinwannem foundation constitution papers will be forwarded to the registered members very soon.

3RD AGENDA OF THE MEETING

If You Have Not Started Paying Your Tax, Please Try And Do So Because You Will Benefit From It In The Nearest Future.

Nwachineke Chidera Ogbodo encouraged the members who have not yet started paying their tax to start paying it.

NAMES OF THE MEMBERS PAYING THEIR TAX AS STATED BY NWACHINEKE NNAJI OGECHI.

Nwachineke Nnaji Chinedu also encouraged the members to be paying their tax and the essence of paying it is to use it for the empowerment of this organisation and we are not paying for nothing because every money paid by anyone will be counted and give back to the member as time goes on. After checking the tax payment list, Nwachineke Chidera Ogbodo could not see his name on the list while he has paid up to #5,000. He said that he paid it into the state account.

Nwachineke Nnaji Ogechi asked Nnaji Chinedu to check her tax payment account to know whether Chidera paid into the state account as he said.

Nwachineke Nnaji Chinedu checked and confirmed that Chidera paid #5,000 in the month of May. She also said that it was written in the may statement of account which she pasted in early June 2021. She repasted the may statement of account for the members to view it again. After checking the list again, it was realized that the names of those that paid appeared in the list.

She then asks the members if what they mean is for her to separate the money paid in bulk and write it down every month. She also asked Chidera Ogbodo to specify the actual amount he will be paying for every month so that the #5,000 that he paid will be split to cover some months.

Nwachineke, Chidera Ogbodo said that he promised to be paying #1,000 earlier but now, he wants to be paying #1,500 monthly. So, the Previous money that he paid will only cover the month of May, June and July, having the balance of #500.

Later ,Nnaji Ogechi realized that he paid the second one into the federal account with the name ” Onwe Emmanuel ” wich was included in the list she pasted earlier.

Nwachineke Nnaji Osita said that he has paid the tax for the month of may, June and July but yet to pay his registration fee.

Nwachineke Ijeoma Okeke ( ojiugo) said that she is just a new member who joined the Obinwannem during the launching preparation and this is the first time she is hearing about the registration fee and tax payments. She promised to be paying #1,000 per month.